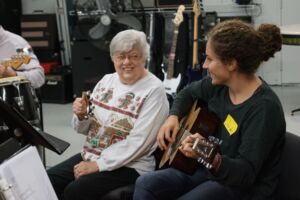 Toward a New Way of Being.

Can we undo what’s been done?

Each morning I watch 30 minutes of news.  That’s it.  Then I turn it off.  No more.  Sometimes less.  But that still does its damage, doesn’t it?  In my effort to stay informed so I can be a proactive problem solver I merely become reactive to the events someone else has decided should be top of my mind and worry me the most.

Information, in all of its forms, scares us.  It erodes hope and daily lays more track for anxiety and fear.  Some platforms even allow us to believe we are interacting with others through our mutually agreeable reactions to a bit of news.  So we fire off our comments, believing that quick rush of dopamine from hitting send connects us to the other commenters in a unique way.  Another tie is set, another spike in the track.

Then follows the loss and the grief.  The personal hits.  I came close to losing a very good friend to COVID-19.  Knowing what the world would have lost in her is almost too much for me to bear.  She has so much to give.  And hearing her story of lost will to survive, from one of the most hopeful people I know, was another spike in the track.

It is this very good friend that taught me, though, that it is never too late in life to lay new track.  In science it’s called a neural pathway.  People used to believe that after a certain age the brain was finished developing.  But now we know that no matter your age you can build a new neural pathway.  You can learn new tricks and you can change your mindset.  This is called neural plasticity.  I think about it as adding a switch to my railyard and laying a new pathway of track.

When we’re talking about cognitive development of any sort, the more senses we can engage, the better.  In earlier posts I discussed music involving touch, sight and auditory inputs.  This assists not only in connecting with others through the mirror neuron system but also in building new neural pathways.  In 2003  scientists Bangert and Altenmuller looked performed a study over time mapping the neural plasticity possibilities of learning to play the piano.  (Mapping perception to action in piano practice:  a longitudinal DC-EEG study.)

They looked at previous studies showing that playing music requires fast auditory and motor processing.  Our ability to provide ourselves feedback during the process adds to the complexity.  Neuroimaging shows that when musicians who have learned to play a piece of music hear it performed their brain lights up as though they were playing it themselves.  Bangert and Altenmuller wanted to compare this to non-musicians learning music for the first time.  They found that, when adult students learned to play piano music for the first time, their brains lit up in a similar way!  The auditory-sensorimotor activation emerged in the first few minutes of playing, in their first lesson, and was firmly established within a few weeks.  They concluded that “musical training triggers instant plasticity in the cortex.

Can any of this be undone?  The track is laid.  But imagine if we paired music, not just listening, but learning to play music together, with remembering how to be with each other again.  How to be kind.  How to listen, really listen.  How to stop reacting out of fear and start interacting with compassion.  The switch would be laid and we would, surely, start pounding in the spikes toward a new way of being.

In Tune With Each Other